One of my 2014 summer jams was “Jhalla,” a song I discovered via Nirmala & Ian’s wedding website and instantly loved for its fusion of Hindu – Caribbean- pop beats.

Their wedding didn’t disappoint and was beautiful labor of love and features some of the best, most amazing vendors below. I’m so grateful to Nirmala for all the details she shared about her wedding below:

Their wedding took place at the rustic Full Moon Resort in the Catskills of New York. Growing up in the country, the setting brought a sense of home, belonging and peace amidst the mountains. 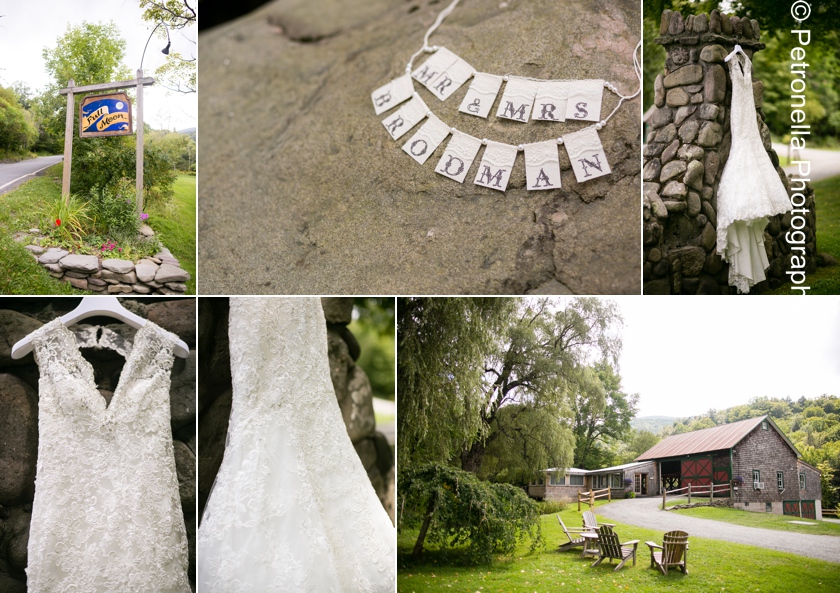 I knew my good friend and makeup artist Abby of Juicy Looks Makeup was talented as a makeup artist but had no idea so also knew how to properly affix Indian attire like Nirmala’s ceremony anarkali.  Together with Nirmala’s best friend Kezyann, they both helped her get into her pink and silver anarkali and pinned her veil also called an orni. 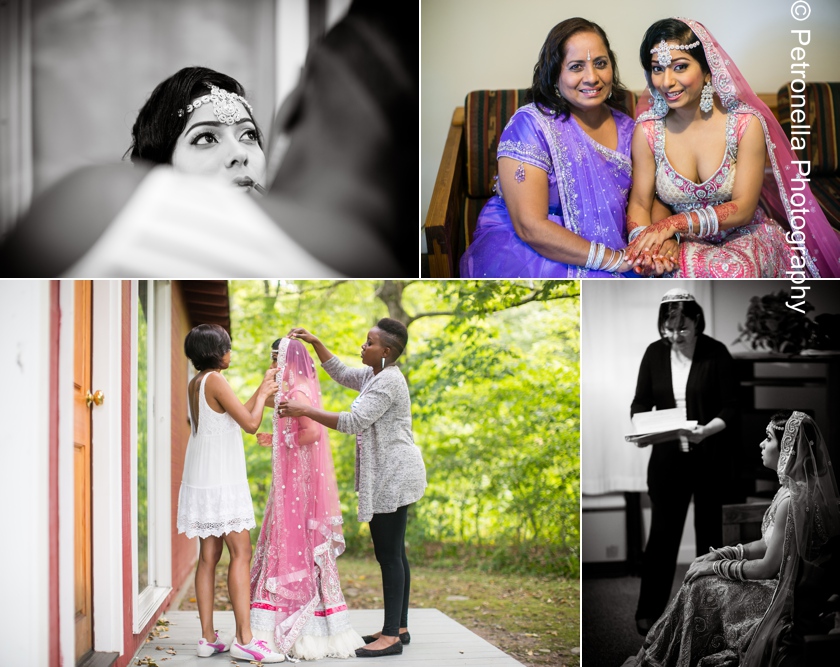 I was pleasantly surprised to discover that my good friend and men’s stylist Carlos of Dante Zeller in Bayridge Brooklyn pulled together Ian’s tuxedo look.  Ian is Jewish and wore the same yamaka and tallit that he’d worn at his Bar Mitzvah and the watch Nirmala had purchased for him on their four year anniversary. 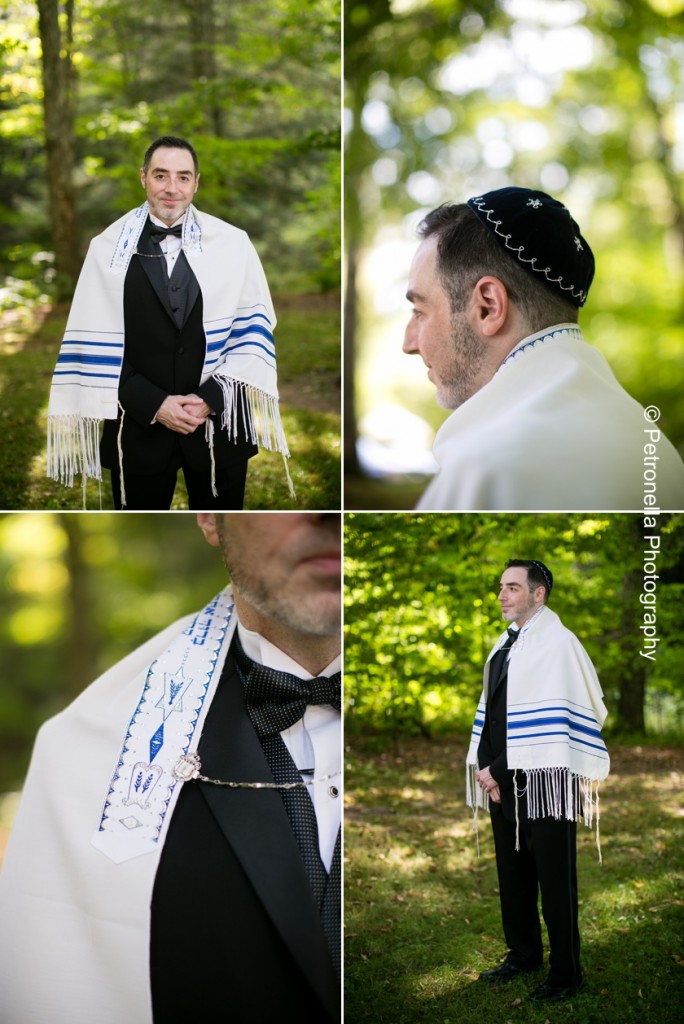 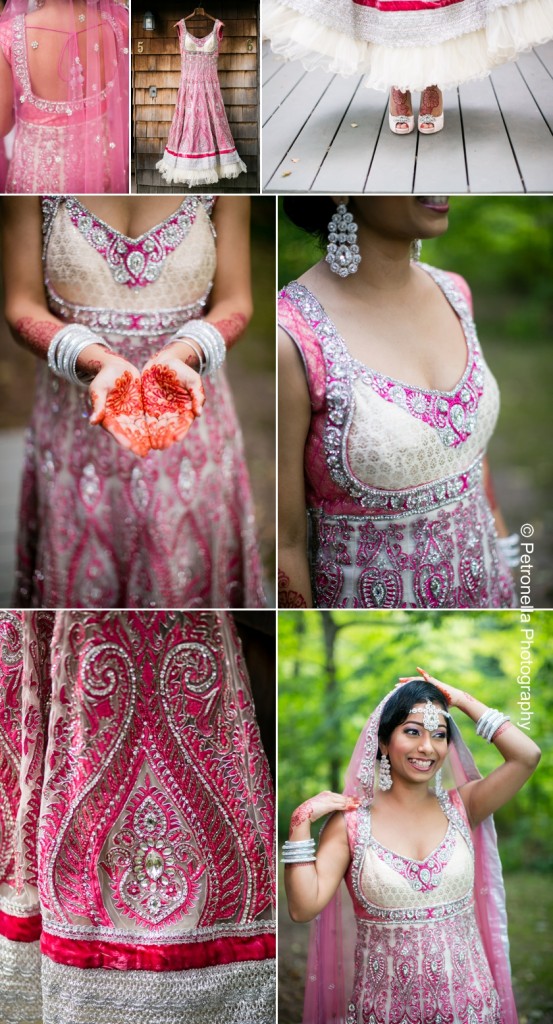 Nirmala’s mother recited a prayer during the ceremony to Lord Ganesha to remove obstacles and blessings. 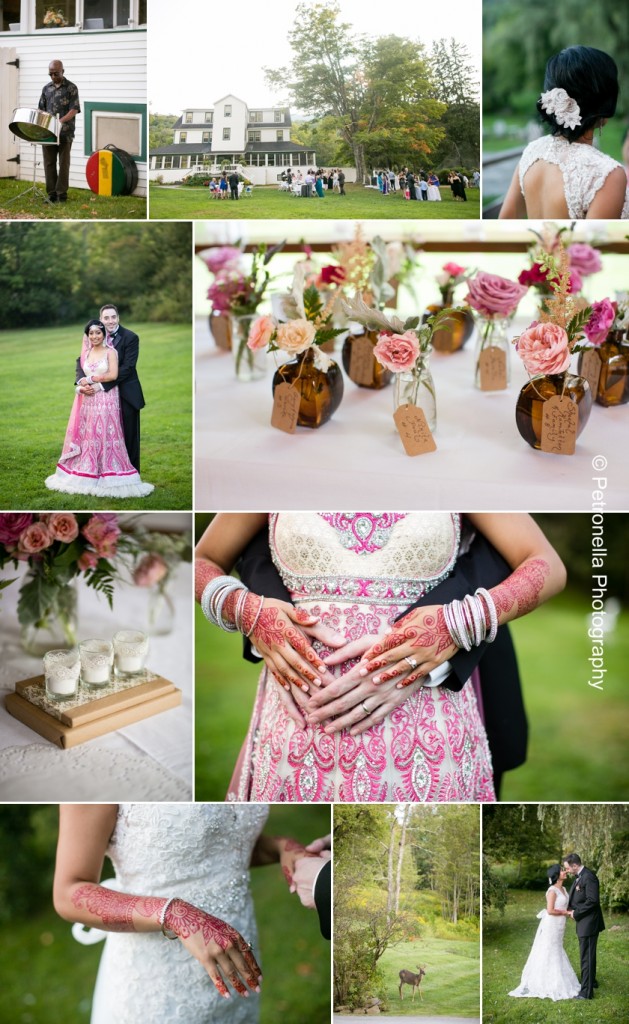 Nirmala shared the following memory of how Ian looked when she approached him.

As Ian stood under the chuppah he had the same look on his face as he did two and a half years prior when he proposed to me.  He looked nervous yet so happy.  He stared at me so lovingly, I felt so moved, usually I am moved to cry but I was  gleaming with joy, I had the widest smile, I was so excited to get my man! I even pointed at him and said “I’m coming for you.” We waited what we thought was a long time to get married and we worked tirelessly on planning and executing our wedding. We both were looking at each other with so much love and joy, we couldn’t believe it was finally happening.  My husband to be stood there in his Judaic gear looking absolutely handsome. I was so proud, he was mine. The setting completed the moment, it was all a fairy tale. 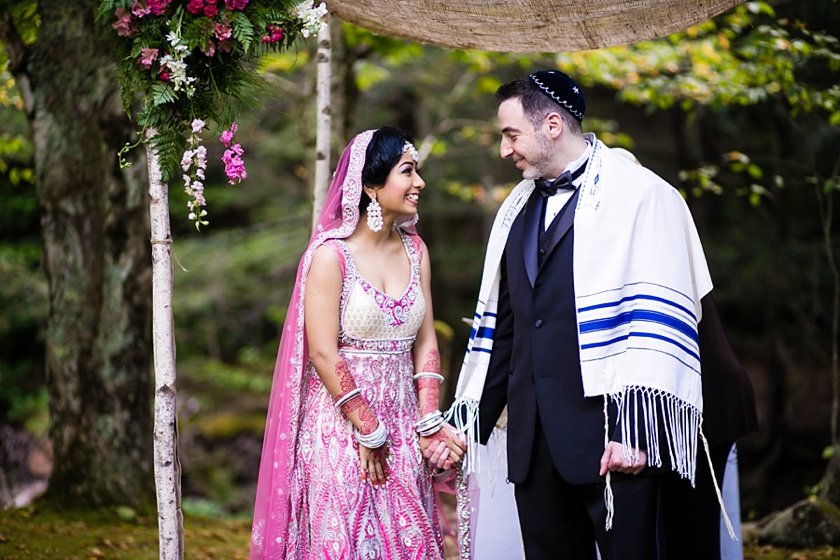 A key part of the wedding ceremony involves stating 7 blessings in the Jewish faith & 7 sayings in the Hindu faith, both based on a thankfulness to God. I loved how Ian and Nirmala incorporated both their cultures in their wedding ceremony.

During Nirmala & Ian’s Hindu – Trinidadian – Jewish wedding ceremony, Nirmala’s sister Anuradha sang a special song “Bahara Bahara.” It’s about a young lady who sees the man she likes in everything: sometimes in the moon, sometimes on the ground, in the clouds, in the rain… I love that the words meant so much to Nirmala that she also quietly sang the lyrics with such passion to Ian. 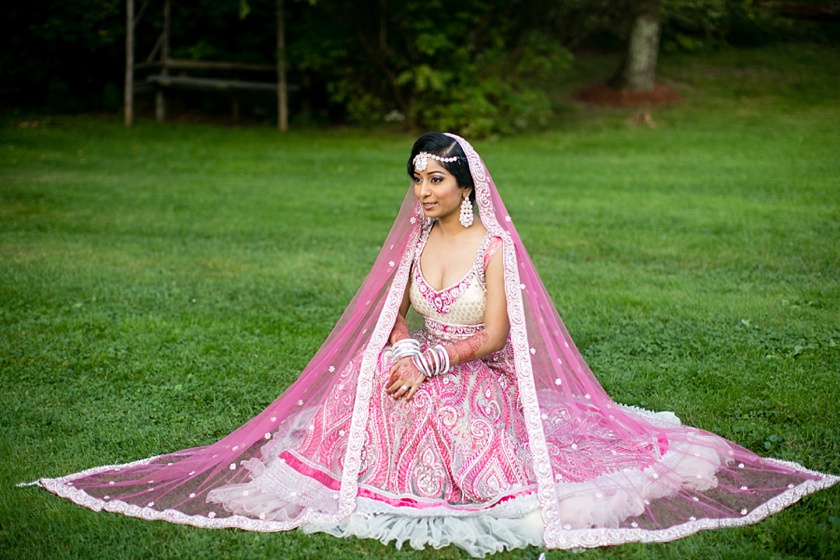 To celebrate their East Indian heritage, Nirmala’s sisters wore identical purple sarees, the color her family had chosen for their wedding.

This was one of my favorites details from their wedding.  The escort cards were small bottles filled with assorted stems of pink, ivory roses, alstomeria, stock, silver brunia and larkspur.  A handwritten tag hung from the bottle neck with t guest name and table number. They also served as the favors. 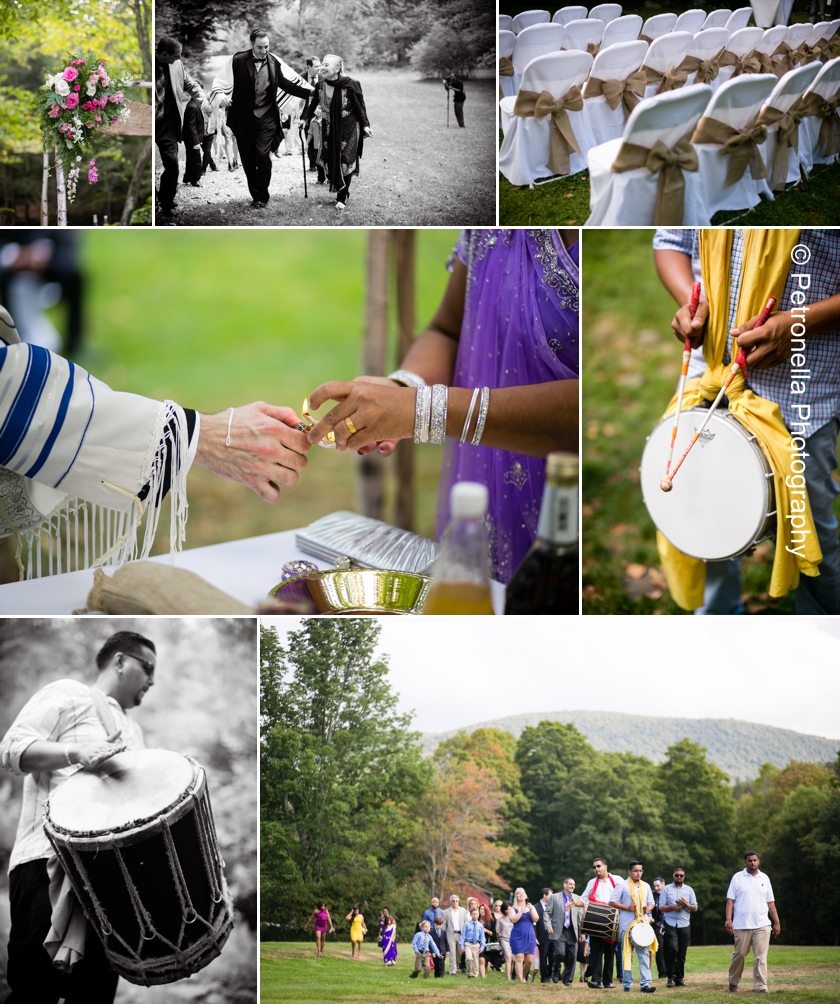 How They Incorporated Culture into their Entertainment

Traditionally in my Indo-Trinidadian culture the band accompanies the groom and his guests to the ceremony location. This procession is called the Baraat.  It’s a time of celebration and dancing.  The groom is celebrated by all the guests. This was important to me, growing up in Trinidad whenever tassa was heard everyone knew a wedding was taking place.  The sound of the drums and the other instruments tug at your heart and creates excitement, it makes you want to dance.  I wanted Ian to be celebrated in this way, and I could not imagine not hearing the sound of the drums that would signal my groom was on his way.  Simply put tassa was a wedding staple for us.

Ian was adamant about having a relaxing, low key cocktail hour,  where we could chat and mingle with our guests. The sound of the steelpan was just perfect, and it brought an island vibe also incorporating my Trinidadian heritage. Ian is a Bob Marley fan and the artist played Marley songs.  It was very entertaining, peaceful and fun.

We wanted music at the ceremony location and the reception.  The DJ incorporated a mix of music that got our guests on the dance floor and which also highlighted our cultural backgrounds.  Hindi love songs were played when my parents welcomed Ian to the ceremony location, when our flower girl, ring bearer and my sisters walked down the aisle. A hindi love song was also played when my mom accompanied me down the aisle. The hora was played during the reception which everyone thoroughly enjoyed.  Having a DJ was very important to us since it gave us the opportunity to incorporate a lot of music we love and that celebrated everyone attending.

My eldest sister sang a Hindi love song during the ceremony to celebrate our marriage.  It was heartfelt and we were honored to have her serenade us and our guests with her beautiful voice on our wedding day. 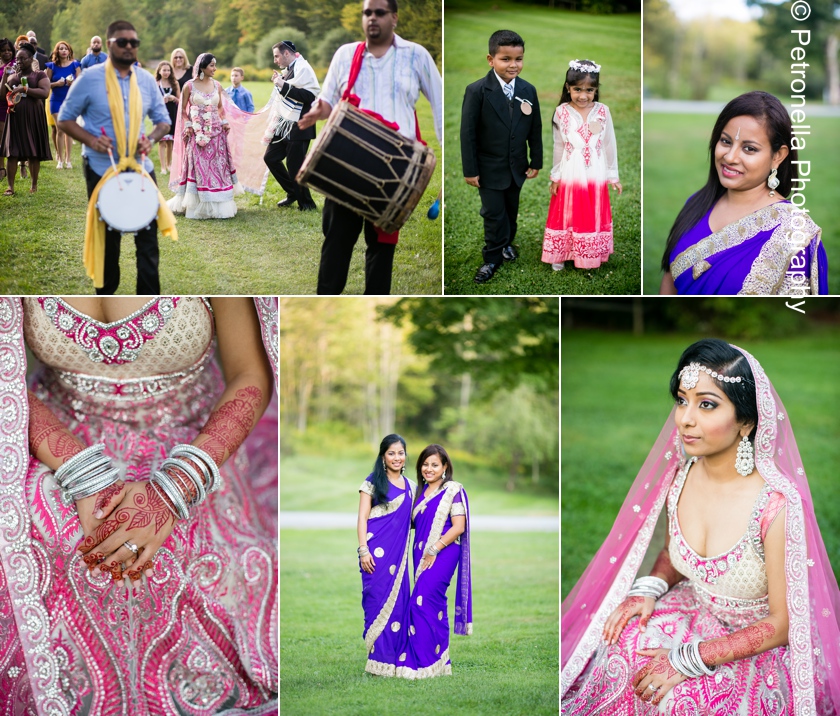 How They Incorporated Culture into their Wedding Favors

Indian Bangles and Bindis were placed in a rustic tray along with a mirror and were ready upon our guests arrival.  The female guests and the children attending adorned themselves with them.  It was a way to immerse our guests into our multicultural wedding.

Indian sweets were distributed after the ceremony by my sisters, which is. We incorporate this to thank our guests for celebrating with us and also to celebrate the joining of our cultures. Distributing sweets during a Hindu wedding is also tradition.

Escort bottles with stems of fresh blooms and a handwritten tag with the guest name and table number also was one of the favors.   We invited our guests to keep these as a memento of the day. 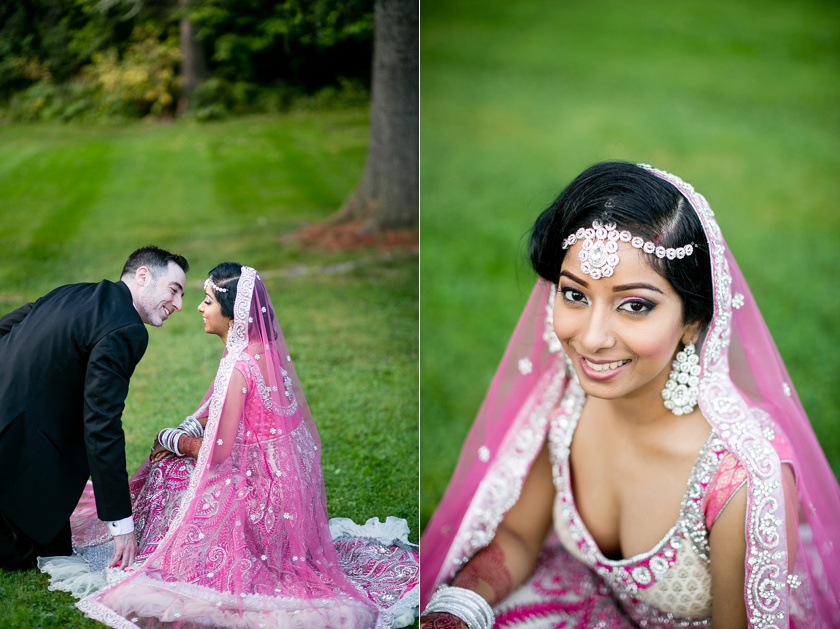 Creative Ideas for How They Incorporated Culture into their wedding

Since our wedding was interfaith and multicultural there were a lot of significant details. 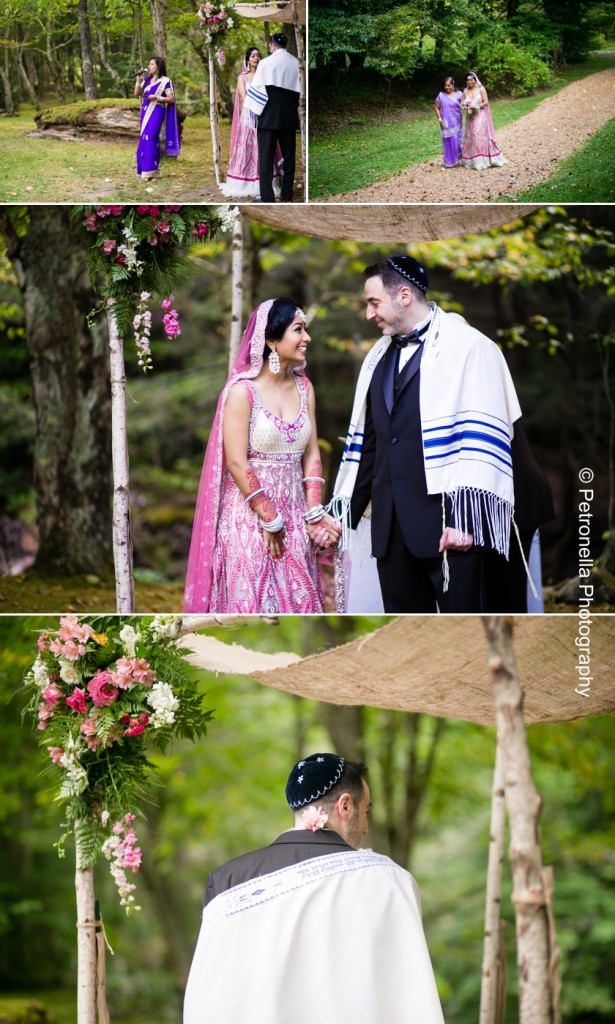 Their favorite moments from their wedding:

Ian:   “Standing under the chuppah/Mandap watching Nirmala walk down the trail and down the aisle.  I felt such a strong feeling of love and she looked absolutely beautiful, we were finally getting married.”

One of the most special moments for me was when we were hoisted on the chairs by our family members during the Horah.  Ian waved the napkin for me to grab.  Looking at him reaching for me and the joy on his face made my heart melt.  I felt a different kind of connection to him, he was sharing a part of him, his culture, an outpour of love from him and his family during that moment.  My family was so excited and joined in.   It was truly a remarkable experience.  The true meeting of our families.

The exchange of the garlands – They were missing, then were damaged along the way and were not tied properly. While we scrambled to tie them during the ceremony Ian laughed and said something that went like this “it’s fine, these represent the ups and downs and the craziness of our wedding planning process, and it’s the truth.”  I laughed too and he was right, not everything ran smoothly during the wedding planning process or on the day of the wedding but we’re not perfect either and we were celebrating us, we were getting married and we were/are madly in love. Our garlands were beautiful and imperfect just like us.

Rabbi Zak gave a modern explanation for breaking the glass as seen in the wedding video.  It was very meaningful to both Ian and myself.  That lady can also sing! We adore her!

My mom reciting the prayer to lord Ganesha meant the world to us and my mom. Ian was especially grateful we were able to include my religious beliefs and honor my mom and our family.

The after party was held after the reception in the road house.  We had grilled cheese sandwiches, French fries along with an open bar and music played from our friend’s iPods. It was a time to chill and mingle, everyone changed from their wedding attire to casual wear and mingled in their summer dresses and shorts.  Ian loved the grilled cheese and the time off camera.  It was the perfect end to our night. 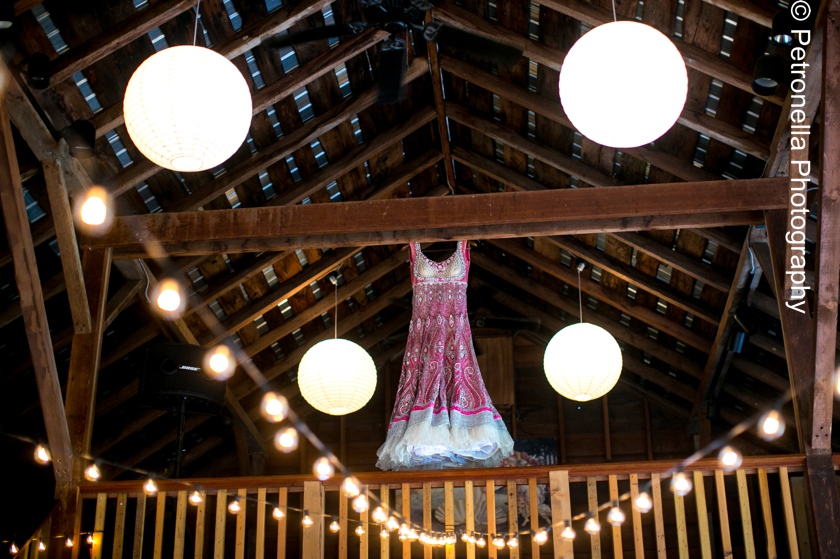 How They Incorporated Family and Friends

Be sure to check out the people who helped make this wedding happen.

Awesome Wedding Vendors in the Catskills

Love all the dresses of bride. Both looking beautiful.

Thank you Petronella for capturing our love. We will forever cherish the memories you have documented for us.

Thank you to Nirmala! Honored to have been a part of your special day!!

5 Reasons Why Should You Get a Professional Wedding Album 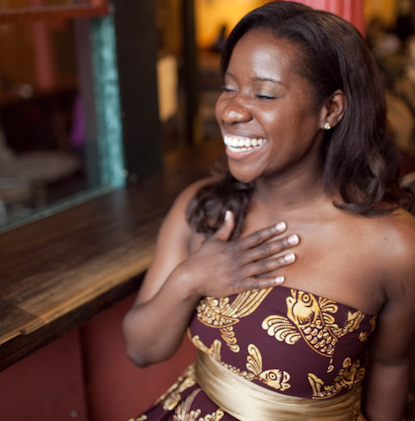